Showing posts with the label LG Optimus One
Show all 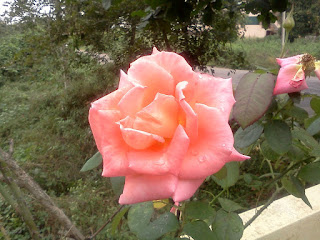 Yes! After a long wait i finally got my hands on the LG Optimus One (P500) here in Bangalore. It is available at Univercell and Sangeetha for Rupees 13, 200/-. Apparently it's available on Flipkart for INR 13, 000/-, (just in) it's available at Landmark for 12,800/- My previous phone, the one that i'm gleefully abandoning, was the Linux based Motorola Rokr E6. Good phone, sure, but with age (three years is the equivalent of 75 in the cellphone world i would think) the systems were flagging and the battery was definitely dying. So, the leapfrog to Android 2.2 or FroYo based Optimus One First the cons - No Camera button. No Flash - Night/Low Light Shots with the 3.0 MP camera is pointless - Day shots look like below - Not very responsive screen (capacitive). Sometimes takes couple of attempts to launch an app - No "Swype" for text input. LG (not recommended) & Android Keyboards - Poor sound (same speaker for conversation and music!!!) - The bundled
2 comments
Read more
More posts