Showing posts from 2009
Show all

October 27, 2009
1) To Level Up Faster: Use a combination of fighting and "jobbing" to level up faster. Use skill points wisely and ideally to increase your stamina and energy. Health, Attack, Defense are increased automatically when you grow your mafia as well as when you vault collections. Experience Points : Three ways to get experience points 1) Do Jobs. Check to see which jobs offer more experience. The ratio of energy cost to experience points gained is currently in favour of "Moscow" jobs. 2) Fight. Attack as many fellow players as possible. Dont get iced though. 3) Help with wars and jobs. Helping other players is actually useful because you get both money as well as xp 2) To increase your defense : Currently the combination of a gaff hook, camouflaged armor and jet plane seems to be everybody's favourite as the best form of defense, acquire as many of them as you can. Add more Mafia members (don't have enough friends who play?) just post your requirement at the v
Post a Comment
Read more 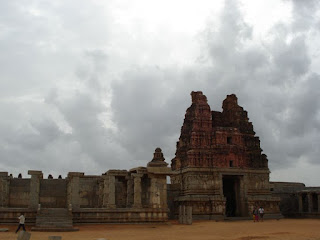 Hampi By Road We had two possible routes, either through Bellary or Chitradurga. We chose Chitradurga. 9.00 p.m on a Friday night we were on NH4 headed towards Tumkur. The roads are great (especially the ones they make you pay for) all the way to Chitradurga. We covered Tumkur-Sira-Hiriyur-Chitradurga in pretty quick time. Then it was NH13, Belaghatta-Jagalur-Kudligi-Hosapete and finally Hampi at 5.00 am the next morning. This stretch is not very comfortable if you are in a small car and cramped for room. Stop by the Tungha Bhadra dam, it's humongous and right now brimming. In Hampi, hire a two wheeler if you really want to see all the temples and other monuments, or you could always cycle like the 'i'm so fit but want muesli and nutella pancakes' foreigners do... We stayed on the Virupuksha Temple side of Hampi and our fellow travelers on the other side of the river. We never did cross the river on those flimsy looking coracles..but hey there's always a
Post a Comment
Read more

June 19, 2009
I grew up in a Bangalore which was far removed from the hustle and bustle of the central business district or the older ‘culturally rich’ areas. It could be best described as the industrially active and emerging area of Bangalore post independence, and the foundation for the IT revolution that was to follow in the 90s. Jawaharlal Nehru’s idea of a technologically self reliant India provided the impetus for the setting up of Public Sector Units across the country. Since Bangalore had already taken a leap forward in this area, (Did you know that Bangalore was one of the first cities in Asia to have complete electrification and street lights? and to think that we suffer from constant bouts of ‘load shedding’ sigh!), with the setting up of the Indian Institute of Science and similar institutions, the very favourable climate and distance from over zealous neighbors it probably was the ideal location for these future industrial giants. Many were setup in 50-60s years, HMT , B
Post a Comment
Read more 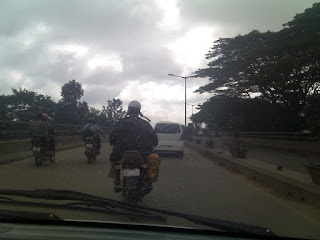 Who hasn't been stopped for imagined traffic violations and felt violated after the interaction with discourteous and uncouth police officers? The traffic police in India (specifically Bangalore) seem to fill their coffers and personally line their pockets by challaning motorists for real and imaginary violations . In most cases the motorists are not aware of the rules and end up enriching the police officer. That's why you've got to love RTI act, finally something to make these "upholders of the law" accountable.. i found the below post (source is the link given below) enlightening to say the least!.."The traffic police have to greet the motorist and be polite"!!! if i ever see or hear of that happening i will...i really will do something not expected of me..really! In the picture: 1) Police man rides with the helmet straps flying in the wind. Guess who's following the law for the sake of it! 2) A police constable rides with a ha
Post a Comment
Read more

'English' not in the Dictionary 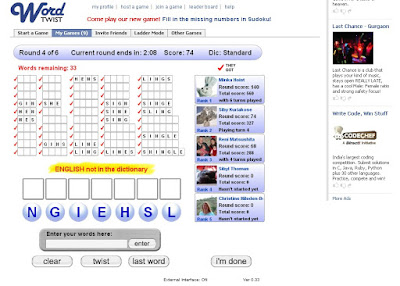